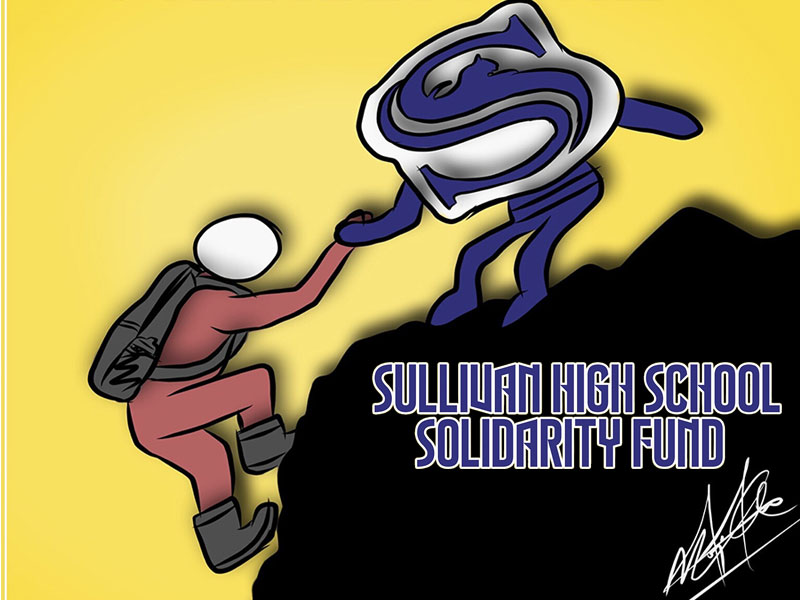 As of now, the Sullivan High School Solidarity Fund has delivered $250 checks to 30 Sullivan families. Thirty families who really needed the money.

For example: a 12th grade student, living with an aunt and a grandmother, was referred by one of her teachers. The student, recently traumatized by the shooting death of a friend, learned in May that her grandmother had Covid-19. Among all the associated worries, grandmother lost the job that held her family together. The student’s studies were not then her first priority.

Happily, grandmother eventually recovered, and is back to working part time, but without her income while she was ill, the family became food insecure. The student’s family was not eligible for governmental assistance, making the crisis more acute. They needed help.

After the Solidarity Fund awarded the cash assistance, the grandmother was contacted to say the committee could give a small donation to help out. She was “very pleased.”

That simple expression of thanks was enough. “And there are another six families approved,” explained Sullivan social worker Noe Torres, one of the quintet of organizers who have put together an in-school network for identifying at-risk students, and in forging an outside non CPS structure for handling funds properly. And then, along with many Sullivan staffers, put in their own money to get it going.

Mr. Torres is quick to add that $250 isn’t a lot of buying power, but that as a stopgap it can be a Godsend. “It doesn’t fix things, but…it can help feed a family for a month.”

It can also be a small ray of sunshine for people under increasing pressure and uncertainty: Your school community cares and wants to help.

“The dimensions of the need is alarming me into action,” says Torres. He credits Sullivan teachers Rebecca Coven and Dayna Heller for the inspiration.

“Dayna and Rebecca sent out an email with the idea and we joined.” That “we” includes social worker Josh Zepeda and counsellor Jason Brookes.

Altogether the team’s GoFundMe page has helped to raise just about $13,000 on its $20,000 campaign goal. “Honestly,” says, Torres, “We need to see what else we can do besides GoFundMe to tap into people’s sense of responsibility. The need will get worse before it gets better.” If you would care to help out: https://charity.gofundme.com/o/en/campaign/sullivan-high-school-solidarity-fund